Showing posts from June, 2017
Show all

Layoffs due to AI and modernization

June 26, 2017
Infosys during a recent  AGM  announced it was  "releasing 11,000 jobs due to automation" In its recently held 36th annual general meeting in Bangalore, Infosys announced that more than 11,000 jobs had been released due to automation. Revenue per full-time employee (FTE) increased by 1.2 per cent as a result of automation, utilization and productivity improvements, the company said. Having said that the company blamed the media for creating unnecessary hype over the matter. Some shareholders of Infosys asked the board to consider the 'social impact' of layoffs and its social responsibility towards job creation too.  The Washington Post has a similar story on Layoffs in Indian IT.  The high-tech jobs that created India’s gilded generation are disappearing When P.R. Sujoy became a software engineer, he thought his life was made. It was a job his father, a former government employee who prized stability above all, could brag about to nosy relatives. It
Post a Comment
Read more 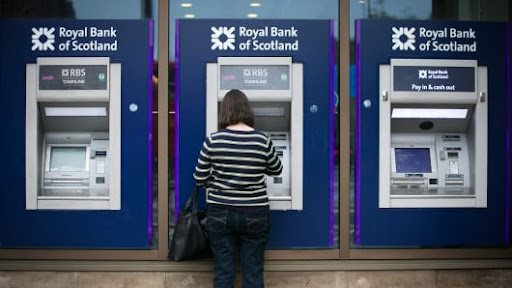 RBS to cut hundreds of UK jobs in move to India Bank’s transfer of loans team to Mumbai brings loss of 443 jobs in Britain and condemnation by Unite over ‘cheap’ labour According to  Reuters and RBC Getty Images ATM cash machines outside a branch of the Royal Bank of Scotland in Edinburgh. British lender Royal Bank of Scotland is planning to cut 443 jobs dealing with business loans and many of them will move to India, the bank said. The Edinburgh-based bank said the cuts were part of a restructuring aimed at becoming a smaller bank. "We realise this will be difficult news for staff and we will do everything we can to support those affected," the bank said in a statement. "All roles which require customer contact will remain in the UK." RBS, which is more than 70 percent state-owned, is in the midst of a major restructuring aimed at returning the bank to profit after almost a decade of straight years of losses. The bank was rescued with a 46 billi
Post a Comment
Read more

June 03, 2017
The first is the news of   "A Senior Infosys Employee Writes to Management" Subject: Seeking your immediate intervention and kind attention to protect innocent employees against speculated layoffs, forced resignations, termination’s and force fitting into bottom performance grades. Recently there have been a lot of disruptive news around speculated layoffs, forced resignations and terminations at Infosys. Many employees are being force fitted into bottom performance assessment grades as “Can do better/Needs Improvement” without any valid data points. This is done just to create grounds for their forced resignations/layoffs, terminations in the name of bottom performance. These are the employees who have spent years of their lives towards serving large corporates like Infosys and its big clients. They helped towards growth and revenue building of the organization. Even the founder of Infosys respected N.R. Narayana Murthy is standing by the employees and condemned all
Post a Comment
Read more

Are technical architects (Cloud Domain) safe given the current IT layoffs?

June 01, 2017
You are probably referring to “ layoff of IT professionals in India” that is generating a lot of news. Let us start by looking at the basics. Indian software service companies generally do NOT resort to “layoffs” or shutdown entire business units and retrench people enmasse. By doing so, they will become subject to labor laws and other government regulations. What they do instead is the following: Wait for natural attrition and slow-down hiring - The attrition in Indian IT has been in the 10–15 percent range Instruct individual managers to seek the help of HR to initiate “Performance Improvement plan” for the bottom percentile of people. For a large company like Cognizant, TCS or Wipro, the ‘bottom 5–10 percent” of people will account for 10–20,000 people. Such a large number of people being “nudged out” becomes news; which the Indian media calls it ‘layoff’ A while ago, I blogged about Cloud Computing Architects (link) . Architects working for consulting firms have to sta
Post a Comment
Read more
More posts