Showing posts from October, 2017
Show all

Layoffs at Infosys, Wipro ? Read beyond the headlines


"Infosys, Wipro laid off 1% of its workforce in last six months" - Times NowIT firm's headcount drops by over 3k in 3 months - Deccan Herald
One needs to read beyond the headline to understand the facts. It is customary for software service firms to announce headcount - number of people employed - any major changes during the quarter. During recent earnings announcements, the companies indicated: Wipro has reduced its head count by over 3,000 in the second quarter. The company, that had 1,66,790 people working under it at the end of June quarter, saw its workforce down by 3,031 (1.8%) to 1,63,759 at the end of the second quarter ended September 30, 2016.Infosys also indicated that in the first quarter, it had reduced its head count by 1,811 (0.9%) from 2,00,364 to 1,98,553 employees A reduction of 1.8% and 0.9% of workforce by IT majors should not be news. This seems to be normal percent of at…
Post a Comment
Read more 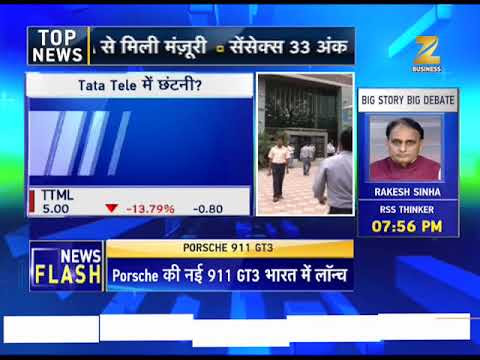 The Tata Group informed the Indian government that it plans to shut Tata Teleservices (TTSL), according to reports. TTSL is preparing an exit plan for around 5,000 employees, which includes notice period of three to six months, severance packages, and Voluntary Retirement Scheme schemes (VRS) for senior employees.

A small number of employees will get absorbed in other group companies, reports added.

Also in Economic Times: Lessons from Tata Tele shutdown: What to do when you are one of thousands suddenly without a job
The closure of Tata Teleservices Limited (TTSL), the telecom unit of Tata Sons, will put thousands of its employees on the road. The Tata Group has informed the government that it plans to shut its wireless business, and will start the process in a month. There were 5,101 employees on its rolls as on March 31, 2017, as per the latest annual report.  Though TTSL is preparing an exit plan for most of its employees, which includes a notice of three to six months, severance …
Post a Comment
Read more

An interesting article in Deccan Herald (cross posted from New York Times) today highlights how it employs 1,30,000 people in India - about one-third of its total workforce, and more than it does in US.

Key highlights from the article:


IBM opened its first Indian offices in Mumbai and Delhi in 1951 is now spread across the country, including Bengaluru, Pune, Kolkata, Hyderabad and Chennai.The company employs 130,000 people in India — about one-third of its total workforce, and more than in any other country.  IBM is unusual because it employs more people in a single foreign country than it does at home. The company’s employment in India has nearly doubled since 2007, even as its workforce in the US has shrunk through waves of layoffs and buyouts. IBM employs well under 1,00,000 people at its US offices, down from 1,30,000 in 2007. Depending on the job, the salaries paid to Indian workers are one-half to one-fifth of those paid to Americans, according to data posted by the research fir…
Post a Comment
Read more
More posts