Japan offers Green card for Indian Techies and IT professionals: Here is what you should know

March 11, 2018
A few days ago, the Indian media was buzzing with news of Japan opening its immigration program to attract hundreds of thousands of Indians. An article in the Economic Times said

Japan will open up its doors to about two lakh IT professionals from India, and issue green cards to settle down in Japan and support the country's rapidly expanding IT infrastructure, said Shigeki Maeda, Executive Vice President at Japan External Trade Organisation (JETRO), a government body, here on Thursday.

“Currently there are around 9,20,000 IT professionals in the country and there is an immediate demand for more than 2,00,000 IT professionals from India which is likely to further swell to 8,00,000 professionals by 2030," he said in his keynote address at the India-Japan Business Partnership Seminar, which was jointly organised by Bangalore Chamber of Industry and Commerce and Jetro. 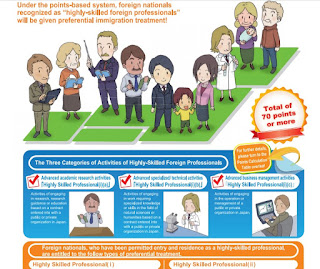 
Those planning to immigrate to Japan will have to keep in mind the old adage : in Japan, learn to do as Japanese do !
information technology IT japan Tech

The Aurangabad bench of the Bombay High Court, earlier this month while hearing bail plea of two accused booked for sexually assaulting a 17-year-old girl, expressed displeasure over the acts of father of the victim of “donating” his daughter to a “baba” (godman), by executing ‘daanpatra’ (deed of donation). The Aurangabad Bench of the Bombay High Court took strong exception to the act of a father "donating" his daughter to a baba while hearing the bail plea of accused for sexually assaulting the 17-year-old. [Shankeshwar @ Shambhu s/o Bhausaheb Dhakne and Anr. v. State of Maharashtra & Anr.]  "When the girl as per her own statement is minor, then why the father who is in all respect guardian of the girl should give the girl as Daan ? A girl is not a property which can be given in donation," the Court remarked. The two applicants for bail was accused of sexually assaulting a minor girl, who lived with her father in the temple premises where a Baba lived with his
Read more

While attempting to protect your sexual partner against unplanned pregnancy is laudable, applying adhesive to seal one's 'private parts' is stupid. This is exactly what a man in Ahmedabad in the Indian state of Gujarat is alleged to have done with fatal consequences.  A man in Ahmedabad died of multi-organ failure after using adhesive to seal his private parts during intercourse.  In a bizarre case, a 25-year-old man in Ahmedabad in Gujarat's is reported to have died after using an epoxy adhesive instead of a condom prior to intercourse. The deceased, identified as Salman, checked into a hotel with his former fiancée on June 22. He was later found unconscious in shrubs near the hotel and was taken to a hospital where he died. Local police investigators say 25-year-old Salman Mirza used the epoxy adhesive on his genitals due to not having a condom and wanting to avoid impregnating his former fiancée. The two had reportedly gone to the hotel with another woman. “We checke
Read more