How to enforce social distancing at an event with three-hundred thousand visitors a day? AI-equipped cameras to zoom in on those without masks at Kumbh Mela

April 12, 2021
The Kumbh Mela at Haridwar is a mela (religious festival) held every 12 years at Haridwar, India. The Kumbh mela sees a daily average of over three hundred thousand devotees at the various ghats (river banks) in Haridwar, but that number is expected to swell during the shahi snans on April 12, 14 and 27.
This year, officials are especially concerned about the impact of ongoing COVID-19 pandemic. They are exploring hi-tech options to monitor the teeming masses including Artificial Intelligence (AI) enabled cameras.
Officials said over 350 CCTV cameras have been installed at different locations in the mela area, with about 100 of these equipped with sensors that generate an alert when the camera captures the image of a person without a mask.
These AI-equipped cameras also generate an alert when sites identified as vulnerable for stampede at Har-ki-Pauri, Subhash ghat, Brahmakund, Malviya Dweep and other areas that see a higher crowd density. The cameras are also being used to keep a count of vehicles at parking lots and to spot objects lying unattended for more than 10 minutes. 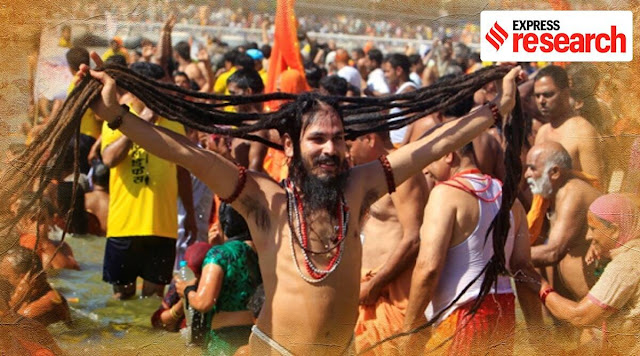 The event venue is spread over an area of 3200 hectares and over hundreds of CCTV cameras have been installed to monitor the place. Artificial Intelligence (AI) enabled systems will help the security personnel at the Integrated Command and Control Centre to track crowd movement, assess crowd size and keep an eye on suspicious activities at the event.
About 10,000 security personnel will be deployed to control and supervise the crowd in Haridwar and Rishikesh. The Uttarakhand High Court had recently directed the state government to depute people at the entry point of each ghat to screen pilgrims and visitors, and to ensure that they use sanitizers and wear masks.
When an AI enabled camera spots someone without a mask in the crowd, it relays an alert to personnel deployed at the police surveillance control room in Mela Bhawan who share the location of the violator to the nearest enforcement teams.
On April 2, over 1,500 people were issued challans for not wearing a mask, of whom around 350 were caught on camera in just four hours. The cameras also spotted two unattended bags.
“When a site identified as vulnerable gets crowded beyond 75 per cent of its capacity, the control room gets an alert, at which point, entry of people to these sites will be immediately stopped,” said Mukesh Thakur, Additional SP in charge of the Police Surveillance Control Room at Kumbh.
“A trial of these cameras equipped with AI capabilities had been done during the first shahi snan on March 11. Now it will be used during the entire Kumbh Mela period,” he said.
Artificial intelligence enabled technologies are giving effective results in averting city-scale challenges, such as managing mega footfall events, emergencies and disasters. These technologies help public safety officials by enhancing security using video. The technology includes functions like advanced search, redaction, and facial recognition across multiple video files from multiple camera types. 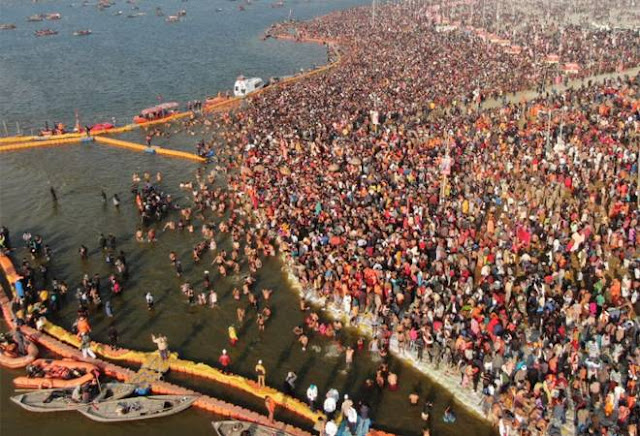 Approximately 50 and 30 million people attended the Allahabad Ardh Kumbh Mela in 2019 and Maha Kumbh Mela in 2013 respectively to bathe in the holy river Ganges, making them the largest peaceful gathering events in the world.
During the February 2013 Kumbh Mela, a stampede broke out at the train station in Allahabad, Uttar Pradesh, India, killing 42 people and injuring at least 300 people. (wikipedia). The 1954 Kumbh Mela stampede was the deadliest since India's independence, with an estimated 1,000 deaths. The 2003 Kumbh Mela stampede killed 39 people in the city of Nashik, and seven were killed during the 2010 Kumbh Mela in Haridwar.
Links:
COVID COVID-19 kumbh