April 06, 2021
Most people think Covid-19 vaccines are a silver bullet against the novel coronavirus. Not so, say hospitals, where healthcare workers and other personnel have been contracting Covid-19 after receiving the second dose.
This was the case at the Bengaluru Medical College and Research Institute (BMCRI) which has found over a dozen positive cases among MBBS students on the campus despite being inoculated with the second dose, according to Dr Smitha Segu, nodal officer.
“None of the index cases had a travel history. They were tested after they developed symptoms. Subsequent testing of other students at the BMCRI hostel found 13 positive cases. Some of the students had recently been vaccinated,” she said, adding that all positive students are currently under isolation in separate hostel rooms.
Another official said cases have been found in other medical colleges. “Some colleges have reported between 10 and 12 cases,” the source said, cautioning that the infection was spreading from medical students to their friends in non-medical areas of study such as engineering.
“We are at an inflection point because colleges are conducting exams at physical locations. A chunk of the daily cases being reported every day are college students,” the source added.
Officially, there is no data on how widespread the problem is. According to the latest data, over 300,000 healthcare workers have received the second dose across the state. 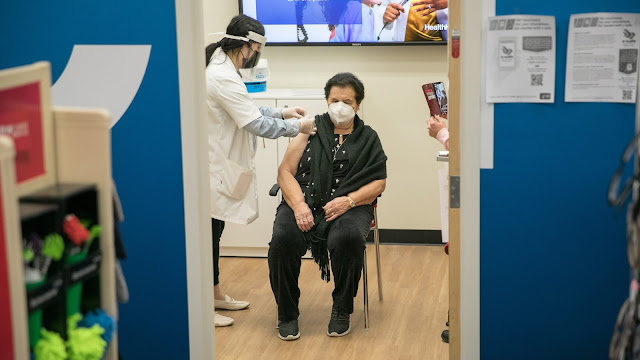 But Health Commissioner Dr Thrilok Chandra said the particular data point of healthcare worker infections after vaccination is not yet being tracked. According to one government source, however, at least two dozen cases have been officially recorded so far.
According to the Private Hospitals and Nursing Homes’ Association (Phana), such infections are no longer uncommon. “There are many cases being reported to us, to the point that on Saturday, we asked the government to start an awareness campaign informing healthcare workers about the limitations of the vaccine,” said Dr Prasanna H M, president of Phana.
Virologist Dr V Ravi blamed the misperception of the vaccine. “All Covid vaccines authorised for human use only guarantee protection against severe disease and death. They do not protect against infection,” he stated.
It is a clear case of Peltzman Syndrome, added Dr C N Manjunath, director of Sri Jayadeva Institute of Cardiovascular Sciences and Research. The phenomenon describes how individuals respond to safety measures with a compensatory increase in risky behaviour.
At Jayadeva, two nurses in their thirties contracted the disease within weeks of receiving their second dose a fortnight ago.
“We think the nurses contracted the disease while outside or from their families. They were tested after they developed symptoms of the disease. However, the severity of infection was less,” Dr Manjunath said.
Via Akhil Kadidal, DHNS, Bengaluru
COVID