The High Court of Karnataka has permitted the Overseas Citizens of India (OCI) category students to register for the Common Entrance Test (CET)-2022 and participate in the counselling on a par with Indian citizens to pursue their bachelor degree in the general category of seats in engineering, architecture, ayurveda, and other professional courses.

A vacation Division Bench comprising Justice R. Devdas and Justice K.S. Hemalekha passed the interim order on April 28 on a batch of petitions filed by Vivek Goutam and several other students belonging to the OCI category.

The Bench also made it clear that benefit of this interim order would not be restricted to only the petitioner-students, but will be made applicable to all eligible OCI students for the academic year 2022-23.

Counsel for the the Karnataka Examinations Authority (KEA), which conducts exams, has pointed out that the Supreme Court had said that its February 2021 interim order was limited only to the academic year 2021-22.

However, the Bench noted that the benefit of apex court’s interim order of 2021 has to be extended to the OCI students for the academic year 2022-23 as the apex court has not yet decided the validity of the Ministry of Home Affairs notification, dated March 4, 2021, through which the Union Government had limited admission of OCI students to professional courses only through NRI quota. 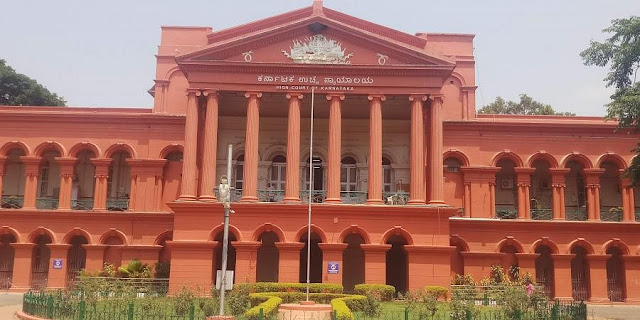 The petitioner-students had moved the High Court as the brochure issued by the KEA inviting application from the students for CET-2022 to seek admission to BE, B.Arch, Yoga and Naturopathy, Veterinary Sciences, Farm Sciences, and B.Pharma courses had made it clear that “no candidate shall be eligible for admission to Government seats unless he is a citizen of India.”

Though the petitioner-OCI students have studied for a minimum of seven years in Karnataka as per the requirement in law, they are citizens of United States of America and other foreign countries by virtue of their births. OCIs are technically not Non Resident Indians (NRI). NRIs are generally Indian citizen who have lived or worked overseas, but continue to hold an Indian passport

Other articles and references

TOI - Karnataka HC to KEA: Let OCI students appear for exams, counselling - In relief for Overseas Citizens of India (OCI) students, the Karnataka high court has passed an interim order directing the Karnataka Examinations Authority to permit them to register and appear in examinations and participate in counselling for professional courses.
TOI - Bombay high court permits US-born student to appear for NEET-PG - The Bombay high court came to the aid of a girl, Bansari Mandi, born in the USA to Indian parents by permitting her to appear for NEET-PG and INI entrance to be held next month. The HC also directed the Central government to make a decision on the application of citizenship filed by Mandi in four weeks.
Indian Express - SC directs IIT-Madras to treat OCI students at par with Indian students concerning fee - The Supreme Court directed the IIT-Madras to treat an OCI student at par with Indian students concerning the fee charged.
oci Overseas Citizens of India